Summary of Experience and Expertise

Demonstrated ability to take ideas from conception to implementation in diverse settings.

Proven success in engaging a wide range of stakeholders in developing community-driven outcomes.

A core career involvement in teaching, speaking, writing, and communications, including numerous speaking engagements, teaching Public Administration and Development Planning at the University of Botswana and Swaziland, and serving as a teaching assistant at Michigan State University.

Business involvement in developing workforce housing (current) and operating a small energy conservation business and in writing and publishing, including serving as founding Publisher for YES! Magazine.

Other projects include evaluating anti-poverty programs for the ‘Ideas for Action’ award under a contract with the University of Washington and the Northwest Area Foundation; facilitating the organizing workshop for the California Agriculture and Food Enterprise under a contract with the University of California Riverside; developing financing for the expansion of the Equinox Studios, a development company dedicated to creating space for artists and artisans; participating on the team that produced ‘Sustainable Infrastructure: A Toolkit for Planners’ for the American Planning Association; conducting workshops on local food policy for the City of Auckland, New Zealand; and speaking on community development, citizen engagement, and environmental and local food policy in Tauranga, Dunedin, Gisborne, and Hutt Valley, New Zealand under a contract with Inspiring Communities of New Zealand. Also served as speaker and facilitator at numerous conferences and workshops, including New Partners for Smart Growth and Urban@UW.

From 1998 to 2001, chaired the Neighborhoods, Sustainability, and Community Development Committee, and moved 37 neighborhood plans through Council approval. The successful completion of the Neighborhood Planning Program was a key step in implementing growth management in Seattle.

From 2002 to 2005, chaired the Transportation Committee, and worked to implement regional plans to improve transit, develop new funding sources for transportation maintenance and neighborhood improvements, and support pedestrian and bicycle projects.

From 2010 to 2013, chaired the Planning, Land Use, and Sustainability Committee, overseeing comprehensive planning, zoning, design, land use regulations, and neighborhood plans, as well as industrial development districts, food policy, the urban forest, and emergency preparedness. As Vice-Chair of the Capital Committee on the Sound Transit Board, facilitated new policies on station access and transit oriented development and the resolution of issues around new light rail lines. Initiated the Regional Food Policy Council and secured its location at the Puget Sound Regional Council, serving as Chair since its inception. Also served as member of the Growth Management Planning Council, the King County Board of Health, and the Green-Duwamish Watershed Council, working on salmon restoration.

Founding publisher for quarterly magazine focused on identifying and publicizing the ongoing efforts to build a more sustainable society. Developed initial funding and subscription plan, negotiated agreements and established organizational and financial structure, worked with Board and staff to create long-term plan to provide framework for successfully managing and expanding the organization.

Responsible for developing, managing, and funding projects to involve communities around issues of environmental stewardship and community development.

Directed business that created and managed programs to encourage and implement resource conservation. Supervised employees and maintained financial solvency of business. Created the Northwest Conservation Act Report, a newsletter about implementation of energy conservation and salmon recovery in the four-state region. Developed and managed program to wrap 8,000 water heaters under contract to Seattle City Light and the Phinney Neighborhood Association. Initiated demonstration project funded by Bonneville Power Administration to assess and evaluate the feasibility of providing incentives to developers to install energy efficient appliances.

Lecturer, University of Botswana and Swaziland, 1977-1979 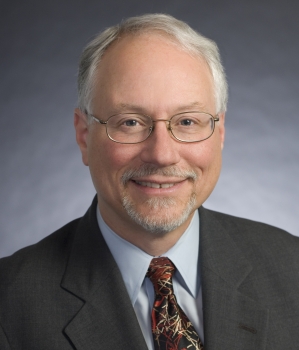